Rivian was the first electric truck to market with the R1T, but more electric pickup trucks are on the way. We examine two vehicles from different manufacturers in this article: the Tesla Cybertruck and the Edison Future truck EF1-T.

The roots of these two electric trucks are one of the most significant contrasts between them. Tesla created and will manufacture the Cybertruck in the United States (Austin, TX), whereas the EF1-T will be manufactured in Orange County, California by a relatively unknown EV startup called Edison Future. Interestingly, both trucks deviate from the conventional in their appearance, opting for a futuristic flair that will draw attention once more.

Elon Musk, Tesla's CEO, indicated that the design choice was purposeful in order to distinguish the Cybertruck from other truck manufacturers that utilize the same monotonous design.

This was the design that inspired a thousand jokes, which led to actual side items such as the Cyberwhistle and the Cyberbackpack. The EF1-T, on the other hand, appears to be less radical than its American equivalent. 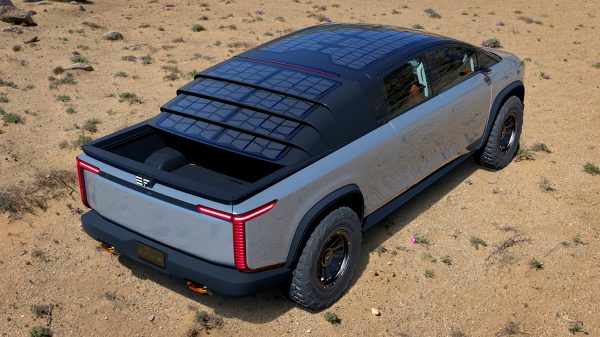 The body of the Cybertruck is composed of stainless steel, the same material used by Tesla's sibling firm, SpaceX, to create its new spacecraft, the Starship. SPI has not yet revealed the material it is employing. 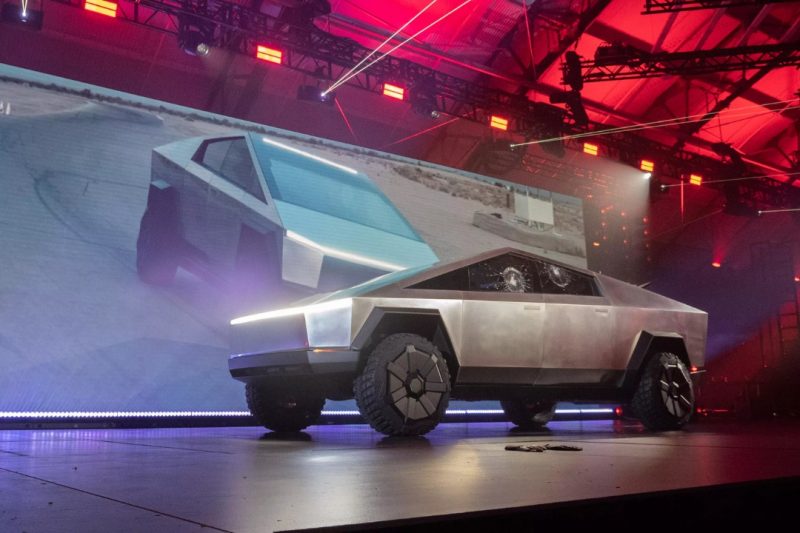 When it comes to driving range, the Cybertruck's longest-lasting trim will give 500 miles, but Tesla will also sell 300 and 250-mile options. The truck will be powered by Tesla's new 4680 battery, which promises significant improvements over the batteries used in Tesla automobiles.

The highest known trim of the EF1-T has a range of 380 miles per charge, while a variation has a range of just 300 miles. There is currently no information on the sort of battery that will be used in this vehicle.

The EF1-T, on the other hand, will contain solar panels that will stretch to cover the truck bed. The panels will charge the truck's battery when it is parked or on the road, but there is no information on how many miles it will contribute every day.

In terms of performance, Edison Electric claims that in the highest known trim, the EF1-T would accelerate from 0 to 60 mph in 4.5 seconds. The Cybertruck has the advantage here since it can achieve the same acceleration in 2.9 seconds. However, for most users, the difference will be unnoticeable.

Both vehicles are promoted as tough and capable of handling any terrain, so you can take either of them camping or off-roading.

The EF1-T features cameras that function as side mirrors, something Tesla would like to mimic on its truck but is constrained by restrictions. Both vehicles have a huge central touchscreen interface on the inside, while the remainder of the cabin is simple. The Cybertruck can easily accommodate six people, whereas the EF1-T can transport at least five. 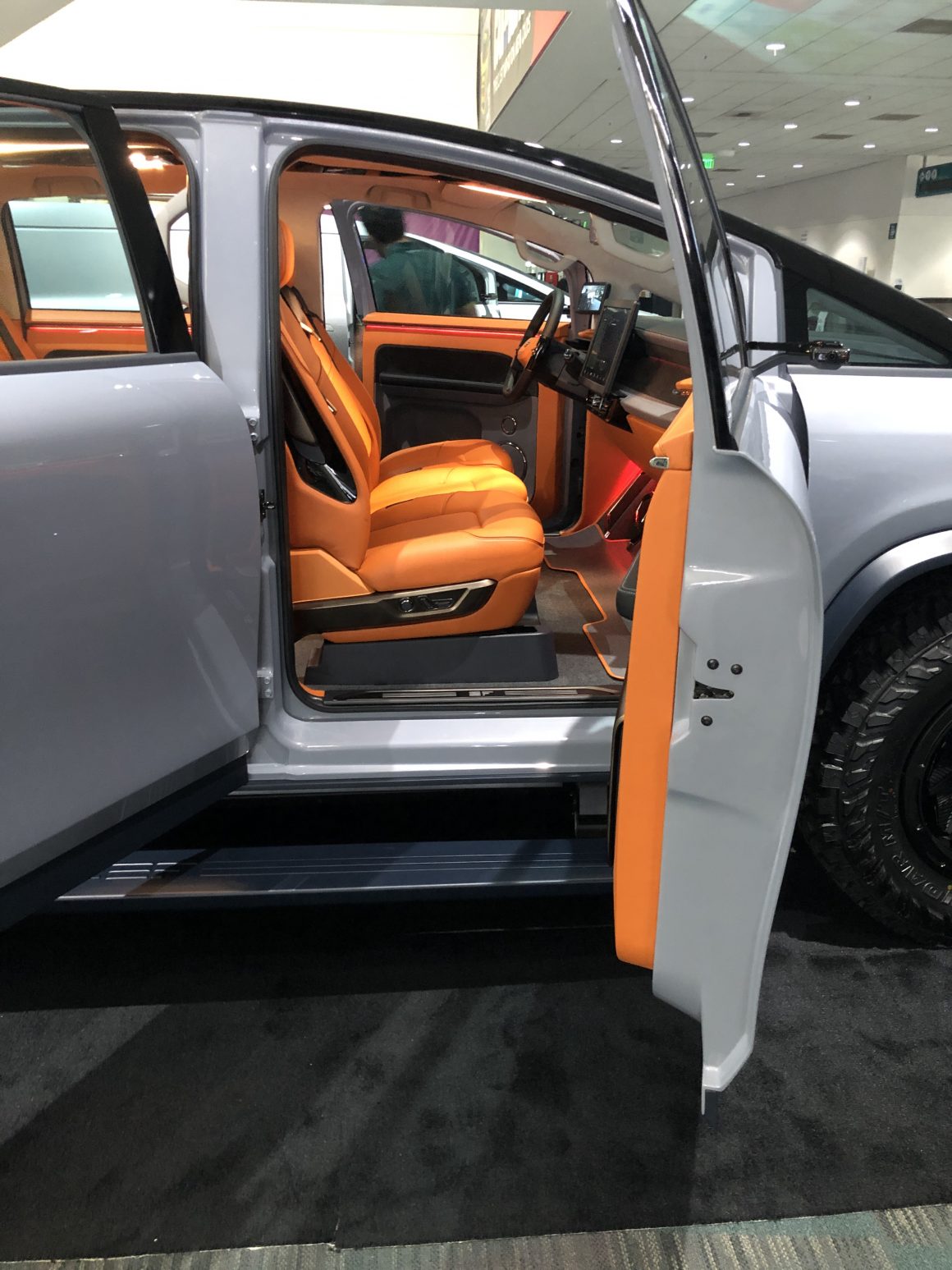 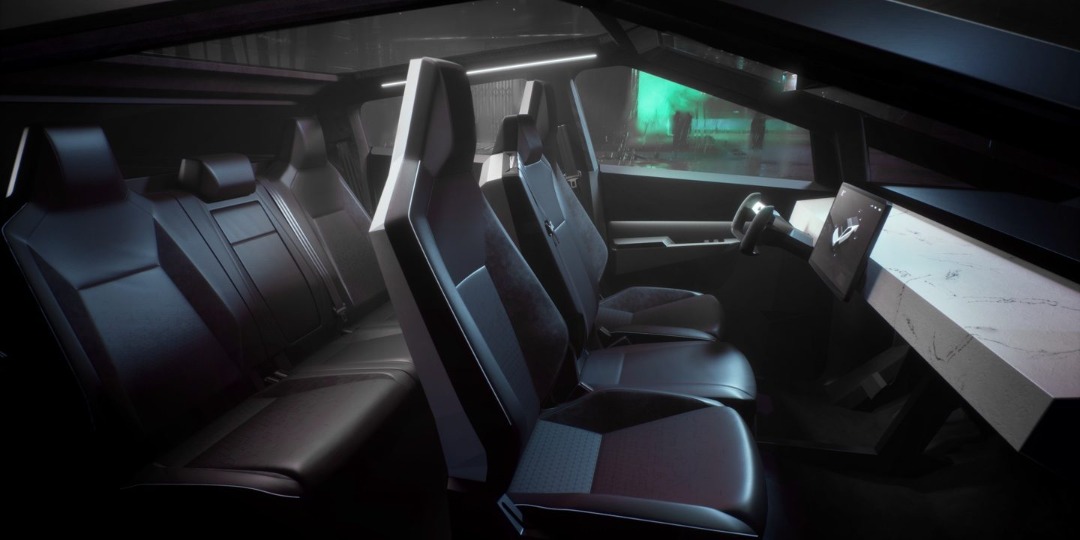 It is uncertain whether the EF1-T would be sold in the US, while Tesla recently pushed Cybertruck deliveries to 2023. The Cybertruck starts at around $40,000 while Edison Electric will release pricing details later.